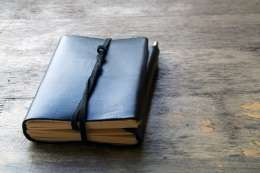 Bulimia can feel like you have control one moment and then no control the next. Although this is a very difficult cycle to break, you don’t have to lose anything to feel better. We can help you find stability, even when you think there is none. You don’t have to struggle forever. There is hope!

How do I know when I need help?

If you find that you’re trying to get rid of the food you eat through purging, exercise, laxatives, or diuretics, you likely need support.  Many people who struggle with bulimia can have a history of anger or irritability. When the uprising of emotion becomes too much, a neutral point needs to be found.

Body image is an obsessive concern.

If body image difficulties include feeling too fat, too full, too often, those feelings can run your life and make you feel horrible. Please understand that you are not crazy. We can explain the biological reasons why body image becomes a problem.

Control is something you don’t want to give up.

Bulimia often feels like an abusive relationship. One minute, you feel great. The next, you feel as though you’re in a cycle of pain. You don’t know why it is happening. No matter what you do, how you try to do it, and where you try to stop, it’s a beast! You need something to make you feel normal.

YES! In fact, the same neural pathways in the brain are utilized when bulimia takes root. If you have bulimia, you’ve probably tried many times to stop the cycle of binge eating and purging with no success. You feel stuck, angry, and disappointed. It’s a self-defeating cycle.

You have a tolerance level of what you can handle. When there is a strong sense of dissatisfaction, you may not know how to build the confidence to overcome the disorder. Low self-worth and continued discomfort with physical and mental well-being are common complaints. Being out of control is another.

There are many forms of purging, from self-induced vomiting to incessant exercise. Some people utilize laxatives and diuretics to a point that is uncontrollable and dangerous. We’ve worked with people taking 10-100 laxatives because they are so trapped by their bulimia. They had no idea where to go or who to see for help.

If this sounds familiar, call us for a consultation immediately. We know how to help.

Symptoms of Binge Eating and Purging that Are Signs of Bulimia

Symptoms of binge eating include:

Symptoms of purging include:

You are not alone. There is hope.

CONTACT US for a no charge, no judgement, no commitment consultation.