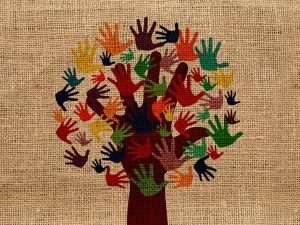 Witnessing a loved one struggle with an eating disorder is never easy. To an outsider, they may appear dysregulated, controlling, different than before. For the individual suffering with the eating disorder, it’s like being trapped in a room with a screaming monster.The individual is screaming for control and something else has taken the reins. Loved ones often find themselves confused and lost, not knowing how to help. There is a great deal that happens with an eating disorder and while the struggle is in no way a reflection of character, such behaviors are often rooted in deep shame associated with body image, bingeing, restricting, and purging.

Eating disorders hijack an individual’s sense of self…

pulling them away from the people and experiences in their lives that they once enjoyed. One marker of concern is when some individuals become significantly less involved with and motivated by what used to interest them. Not only does energy become quite low, due to malnutrition, but all energy is essentially directed toward and hyper-focused on food, weight, and body image.

As a result, relationships are impacted by eating disorders, albeit in a destructive, limiting way. Despite one’s best attempt at hiding an eating disorder, they are fierce and insidious illnesses that impact more than just one’s relationship with food. Growth-fostering relationships require honesty, vulnerability, connection, mutual respect, and communication, all of which are at odds with the eating disorder.

The more consumed one is by their eating disorder, the more physically and emotionally distant they are from their relationships.

This strain on relationships strengthens the isolation supported by the eating disorder, creating a vicious cycle of diminished connection.

Likewise, cognitive distortions about food and body image are common amongst individuals with eating disorders. Cognitive distortions are thought patterns of inaccurate or exaggerated thinking that we take as veritable fact. For example, dichotomous thinking, also known as black-and-white thinking, occurs when an individual struggles to see that multiple truths are possible. After eating a fear food, your loved one might say, “See! I don’t have an eating disorder anymore.” Dichotomous thinking keeps individuals stuck, narrows their focus, and leads them to miss out on nuances and other possibilities. While food and weight issues are symptoms of an eating disorder, cognitive distortions are often at the very root. This kind of thinking can lead to an increase in behavior use.

Just as there are indicators that show loved ones might be entrenched in their eating disorder, there are also markers of progress for when they are starting to recover.

Some of the main benchmarks we look for include:

If you are a caregiver, parent, partner, or an individual with an eating disorder there are tools to help facilitate healing and move closer to these markers of progress.

Together, with support from loved ones, these tools can help an individual challenge their eating disorder thoughts and urges and support them in their overall healing.